Driving under the influence is one of the most common criminal traffic violations in Florida, and to combat that issue, the state has imposed strict laws and penalties. Being arrested for DUI in Florida can impact many aspects of your life. Not only will an offender face criminal charges, but possibly civil ones as well. If you are being investigated for any DUI offense in Florida, you will need the representation of an experienced Stuart DUI Lawyer.

Hire the Best Attorney for DUI Defense in Treasure Coast

If you are being investigated for a DUI offense in the Treasure Coast area, you have come to the right place. Meltzer & Bell has proven experience in defending DUI cases, and we will do everything in our power to achieve the best possible outcome for your situation.

If you’ve been charged with your first DUI, an experienced first DUI defense lawyer will have a number of options to explore to reduce or dismiss any penalties.

Call us today at (772) 248-1215 to schedule a free case consultation or submit your information in the online contact form. We represent clients with DUI offenses in counties along the Treasure Coast that include Martin and Saint Lucie.

There are a number of DUI offenses you can be charged with within Florida. The offense is based on several factors such as: was anyone killed or injured?; does the defendant have any previous convictions?; and whether there was any property damage. Listed below are some examples of DUI offenses in Florida:

Anyone convicted could have their penalties heightened if they are found with a blood alcohol content (BAC) of 0.15 or high, or if a minor was in the vehicle at the time of the offense.

Along with fines and jail time, an offender could also face having their license suspended or revoked, have their vehicle impounded, have an ignition interlock device installed on their vehicle, and be required to complete a substance abuse course. 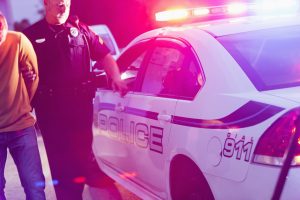 To help combat the issue of driving under the influence, the state has enacted harsh laws. Laws for the crime are under section 316.193 of the Florida Statutes, and it defines DUI as driving or in actual physical control of a vehicle while under the influence of a controlled substance, alcohol, or a combination of both.

You do not have to be driving a vehicle while under the influence to be charged with a DUI. In Florida, it is illegal to be in actual physical control of a vehicle while under the influence. For example, police find a drunken man passed out in a parking lot behind the wheel of his car with the keys in the ignition. Because the drunk man’s car was capable of operating, he could be charged with a DUI even though he wasn’t driving.

Florid Statutes 316.193 Driving Under the Influence– Familiarize yourself with Florida’s DUI laws. The statute lays the ground for what DUI is along with other DUI offenses such as DUI manslaughter and DUI with property damage. The statute can be read on Online Sunshine, the official site for the Florida Legislature.

Florida DUI Penalties– Visit the Florida Highway Safety and Motor Vehicles website to learn more about the criminal and civil penalties for DUI. The page features a full list of penalties for all of the offenses mentioned on this page, as well as DUI with a commercial vehicle.

The sooner you obtain legal representation, the better your chances of having a favorable outcome in the courtroom. Meltzer & Bell will do everything in its power to ensure the best possible outcome is achieved for your situation.

We defend clients of DUI offense in counties along the Treasure Coast that include Martin and Saint Lucie. Call Meltzer & Bell today at (772) 248-1215 to schedule a free case consultation.