If you or someone you love has recently been charged with DUI with serious bodily injury (SBI), you’re certainly not alone. The penalties for driving under the influence are serious enough, but when a person is seriously injured because of it then the consequences are enhanced dramatically. You could face a felony charge and even a possible prison sentence.

Florida, unfortunately, has a reputation for having high DUI crashes and fatality rates every year. Nearly 2,000 alcohol-related injury accidents occurred statewide, according to an annual report released by the Florida Department of Highway Safety and Motor Vehicles.  With such startling statistics, the state of Florida has implemented harsh penalties for people driving under the influence involving serious bodily injury.

Facing charges for DUI with a serious bodily injury? It is in your best interest not to speak with law enforcement officials until you’ve retained an experienced attorney. Any information you provide to the police can and will be used against you at trial, so you should exercise your right to remain silent.

Call Meltzer & Bell at (772) 291-2534 or fill out our short online form to set up a time to talk to us. One of our DUI defense attorneys will schedule a free consultation to review the details of your situation and point you in the right direction. Our team represents clients across Martin County and St. Lucie County such as Stuart, Palm City, Indiantown, Port St. Lucie, and Fort Pierce. You can speak with someone 24 hours a day, 7 days a week. Call now.

Overview of DUI with Serious Injury in FL

What Does Florida Constitute as DUI with Serious Bodily Injury?

In the United States, it’s illegal to drive under the influence of an alcoholic beverage or a controlled substance of any sort. This is defined under Florida Statutes Section 316.193, which states a person is driving under the influence if they are operating a vehicle and have a blood alcohol concentration (BAC) of .08 or over or it’s clear their physical and mental faculties have been impaired.

The court uses the following factors to determine if a person is in actual physical control.

If someone is seriously injured, then the penalties may be elevated drastically. Florida defines serious bodily injury as a physical injury of a person that can lead to a serious risk of death, disfigurement, or loss or impairment of the function of any part of the body. Some examples of this included an amputated arm and extreme burns on the face.

What Are the Penalties for DUI with Serious Bodily Injury in FL?

The penalties for a DUI charge involving serious bodily injury are much more severe than a standard DUI. The maximum penalty for DUI with serious bodily injury is a prison sentence of up to 5 years and a fine of up to $5,000. Depending on the injuries of the victim, a person could be sentenced to several years in prison even if they have little to no criminal record.

Having a prior DUI conviction on your record could mean a longer prison sentence and higher fines. In addition, every person convicted of a second DUI in a five-year period is automatically required to install an ignition interlock device (IID). This device is used to prevent the offender from operating their vehicle under the influence. To start the car, the offender must submit a breath sample beforehand.

In addition to fines and prison time, a driver convicted of DUI with serious bodily injury will have their driver’s license suspended or revoked by the court. If the driver is sentenced to jail or prison time, their suspension or revocation won’t go into effect until they have completed their sentence. 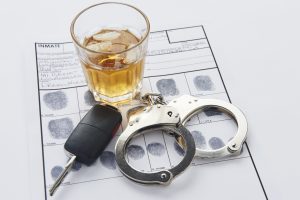 Officers utilize chemical DUI testing to determine if someone is under the influence of a drug or alcoholic beverage. Florida Statute Section 316.1933(1)(a) states police officers have the right to use “reasonable force” to take blood by force as part of a DUI investigation for impairment or intoxication in cases involving serious bodily injury or death.

The statute specifies the officer can only ask for a forced blood draw in the event a serious crash happened that leads to severe injuries. The only parties that are authorized to perform the blood draw are certified paramedics, physicians, or other medical personnel. Many have stated that they believe the forced blood draw statute in Florida is unconstitutional.

The reason for this is that it’s almost always impossible for nurses or other healthcare professionals to have no way to determine if the officer has exigent circumstances to avoid warrant requirements. Without proper documentation, it can be confusing for hospital staff to know if they are performing a legally forced blood draw or not.

When a person is injured in a DUI accident, you should expect enhanced penalties. In cases where a person dies because of a DUI crash, you should anticipate life-changing consequences. A conviction for DUI manslaughter is a third-degree felony, which can result in:

Additionally, Florida requires a four-year mandatory minimum sentence for DUI manslaughter. You will not be able to have this mandatory sentence deferred or suspended at any time.

Traffic Crash Facts | Florida Department of Highway Safety and Motor Vehicles – Each year, Florida’s governmental body that oversees roads and vehicle operation publishes a report collecting statistics about traffic accidents in the state. This 2016 report provides insight into how widespread the problem of vehicle collisions is, including accidents involving drugs and alcohol.

The laws and penalties for drunk driving charges involving serious bodily injury are both complex and severe. If you’ve been charged with DUI with serious bodily injury, it is in your best interest not to face these charges on your own. Meltzer & Bell defends clients across Treasure Coast, including Jensen Beach, Sebastian, and Palm City in Martin County and St. Lucie County.

Contact Meltzer & Bell by phone at (772) 291-2534 or by completing our online form. We are available to schedule a free consultation to review your case 24 hours a day, 7 days a week. Everybody deserves a good defense, and we can fight aggressively on your behalf to avoid the maximum penalties you may otherwise be facing by yourself. Call us today to get started.