The state of Florida has implemented harsh penalties for a DUI conviction. Even more so, when it comes to repeat DUI offenders Florida prosecutors always prosecute to the fullest extent of the law. You can protect your rights and preserve your future by hiring the best second DUI lawyer.

If you or someone you know has been charged with a second DUI offense, then it’s within your best interest to secure legal representation. A second DUI conviction can result in expensive out-of-pocket fines, community hours, DUI school, a required IID installation, and a possible prison sentence. Not to mention the collateral consequences being a repeat DUI offender can do to your employment and personal relationships. Don’t go into your court date blind and call an experienced criminal defense attorney today.

After an arrest for a second DUI in Palm Beach County, we suggest you contact an experienced criminal defense attorney at Meltzer & Bell, P.A.. We can help you understand the charges against you, the potential penalties, and the best way to fight the criminal charges. Our attorneys have collectively 20 years of experience that we want to use for your case.

We can help you fight the administrative suspension and the criminal charges. Call (561) 557-8686 to discuss your case. During your appointment, we will sit with you, hear you and start building a defense structure for you. Meltzer & Bell has clients throughout the greater St. Lucie County and Martin County area including Stuart, Palm City, Indiantown, Jensen Beach, Port St. Lucie, Saint Lucie, and Fort Pierce.

What Does Florida Consider to be Driving Under the Influence? 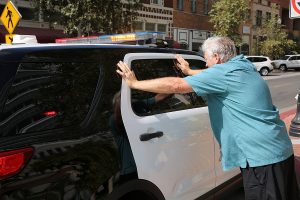 Driving under the influence is illegal in all 50 states and Florida is no exception. Under Florida Statutes Section 316.193, driving under the influence is defined as a person who is found in actual physical control of a vehicle and has a blood alcohol concentration (BAC) of .08 or higher. Officers can also arrest you for DUI if they reasonable grounds to believe your mental and physical faculties are impaired beyond your control.

What can be even more frustrating is the fact you can be charged with DUI without even operating your vehicle. That is because if you are found to be in “actual physical control” that is enough for the court to convict you of DUI. The term actual physical control is defined as when a person has the capability to drive and control over the vehicle.

When determining whether a person is in actual physical control, the court will consider the following factors:

What Are the Penalties for a Second DUI?

Penalties for Second DUI Outside of 5 Years in FL

f the second DUI occurred more than five years from the first DUI conviction, then the statutory maximum penalties include:

Penalties for Second DUI Within 5 Years in FL

If the second driving under the influence occurred within five years of a prior conviction, then the following penalties apply:

Possible Defenses for a Second DUI Charge in FL

The right defense for a DUI charge is unique to the case and the defendant’s situation. Thankfully, there are various defense strategies a skilled attorney can utilize to fight your driving under the influence charges. Finding a DUI lawyer that has a thorough understanding of these defenses and more are critical to protecting your rights and future.

Some possible DUI defenses your attorney could pursue include:

Florida DUI Jury Instructions Ch. 28 – Visit the Standard Jury Instructions for Criminal Cases and learn the guidelines the jury must follow during a second DUI case. See the elements of the crime, defenses, and various penalties associated with driving under the influence.

DUI Legislation Signed by Governor Bush – Visit the website for the Florida Highway Safety and Motor Vehicle (FLHSMV) to read an article depicting Governor Jeb Bush’s approval of a bill for DUI enhanced penalties 10 years ago. See the punishment that follows if a driver refuses to take a field sobriety test, repeat DUI offender penalties, and IID installations.

If you or someone you know has been arrested for a second DUI within the last 10 years, then it’s imperative you seek experienced criminal defense representation. For excellent legal counsel call (772) 248-1215 we will set up a strong defense for your case as soon as possible.

Meltzer & Bell is a group of reputable attorneys who has 20 years of collective experience we can use for your case. Contact us at (772) 248-1215 to set up your first consultation free. Meltzer & Bell accepts clients throughout the Martin County and St. Lucie County including Stuart, Port St. Lucie, Saint St. Lucie and Palm City.